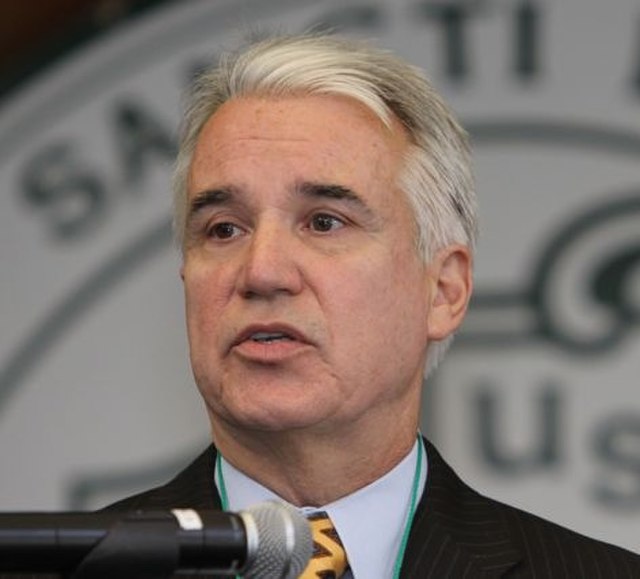 Officials in Los Angeles County have announced that observers will not be permitted to watch the vote-counting procedure to recall District Attorney George Gascon because the county does not view the recall as an election. However, opponents argue that the recall process should be open to the public because legislation explicitly indicates that it is an election.

In 2020, California Governor Gavin Newsom helped the far-left district attorney get elected and the recall campaign wants to make sure the voter petitions are accurately counted to get the recall measure on a ballot. Recall organizer and retired LAPD Sgt. Dennis Zine said, “We are concerned about it, and we have attorneys looking at it.”

Gascon has angered Los Angeles law enforcement, his rank-and-file prosecutors, and the public with his lenient policies similar to those of recalled San Francisco DA Chesa Boudin. This includes downgrading felonies, not prosecuting the majority of drug or gun offenses, and forbidding attorneys from appearing at parole hearings to push for longer jail terms for murder convicts.

According to the Washington Examiner, if the recall campaign collects enough valid signatures and the recall appears on the ballot, voters will be asked two questions: whether they want to recall Gascon and to choose a replacement from a list of names. According to the Los Angeles County Registrar of Voters, monitors are permitted in regular elections but they say a recall does not meet the requirements.

Registrar spokesman Michael Sanchez cited Government Code 6253.5, which says that petitions for ballot measures are not deemed to be public records and not open to inspection. He explained that “[A] reference to monitors/observers in the presidential election is not an accurate comparison as an election does allow for public observation, and Los Angeles County does have an Election Observer Program where members of the public get to watch election-related activities. However, a recall attempt and its verification/certification activities are not the same.”

Tim Lineberger, a recall campaign organizer, cited state election code 2300, which notes that voters have the right to ask questions and observe the election process. He stated, “Clearly the examination of a recall petition is part of the recall process. Other county elections officials allow for observations. This would be a very narrow interpretation on their part.” Additionally, constitutional law attorney Mark Meuser and senate candidate highlighted that California has a Voter Bill of Rights, which permits voters to observe the election process, including counting ballots and petitions.

Meuser explained that “The Registrar of Voters is violating the spirit of the law by restricting access to the signature verification process of a recall election. Nothing in the law prohibits the ROV from allowing proponents to watch the signature verification process just like they do for mail-in ballots and provisional ballots.” He added that the county “will not back down absent a judge telling them they are wrong in their interpretation.”

A nonpartisan organization that included police officers, prosecutors, and victims of crime gathered 717,000 signatures, which is 150,000 more than was needed. The deadline for county officials to put the measure on a ballot coincides with the November election. A random sample of 35,793 ballots was taken by the county, and 27,983 were determined to be legitimate. However, the recall campaign fell short by approximately 3,000 valid signatures and a comprehensive count is now being conducted.

[…] did not believe the claim. Additionally, some recall organizers were frustrated after the county banned monitors from watching the signatures be […]