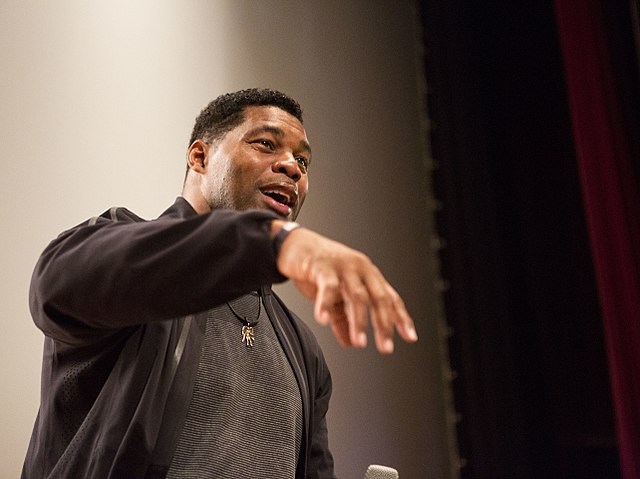 In a recently discovered video, Georgia Republican Senate candidate Herschel Walker misrepresented himself as an FBI agent, adding to the campaign’s list of gaffes by its candidate. In the 2019 video, Walker is heard telling a crowd, “I worked for the law enforcement. Y’all didn’t know that either?” He continued, saying, “I spent time at Quantico at the FBI training school. Y’all didn’t know I was an agent?”

Earlier this year, Walker’s campaign told the Washington Post he conducted “women’s self-defense training, participating in the FBI Academy at Quantico.” However, this role is not equal to being an FBI agent, as Walker claimed. He then told a story in which he said he contemplated killing a man before he saw a “honk if you love Jesus” sticker on a truck which calmed him down.

The video was first published by the Atlanta Journal-Constitution and is only one of several fabrications Walker has made about his ostensible law enforcement background. In 2017, he also said that he had experience working with police in Cobb County, Georgia. However, Walker’s team claimed that he holds the status of “honorary deputy” in Cobb County, which holds no legal weight.

A recent survey conducted by Quinnipiac University revealed that while President Biden is underwater with Georgia voters, the same respondents still prefer their Democratic senator Raphael Warnock over Walker, who received low ratings from survey participants for his sincerity and trustworthiness.

Walker, a former University of Georgia football player, has gained support from both former President Donald Trump and Senate Minority Leader Mitch McConnell in his run for the Georgia seat, a crucial one in the GOP’s quest to take control of the Senate. But other Republicans have voiced fear that Walker’s personal baggage, including threats against his ex-wife and reports of previously unknown children, might torpedo the Republicans’ chances in an increasingly purple state. Additionally, Walker has been trailing Brian Kemp, the state’s current Republican governor, in surveys, which suggests some Republican-leaning voters may divide their ballots.

[…] child and continues to do so.” In July, Walker’s campaign also faced criticism after he falsely claimed he was once an FBI […]