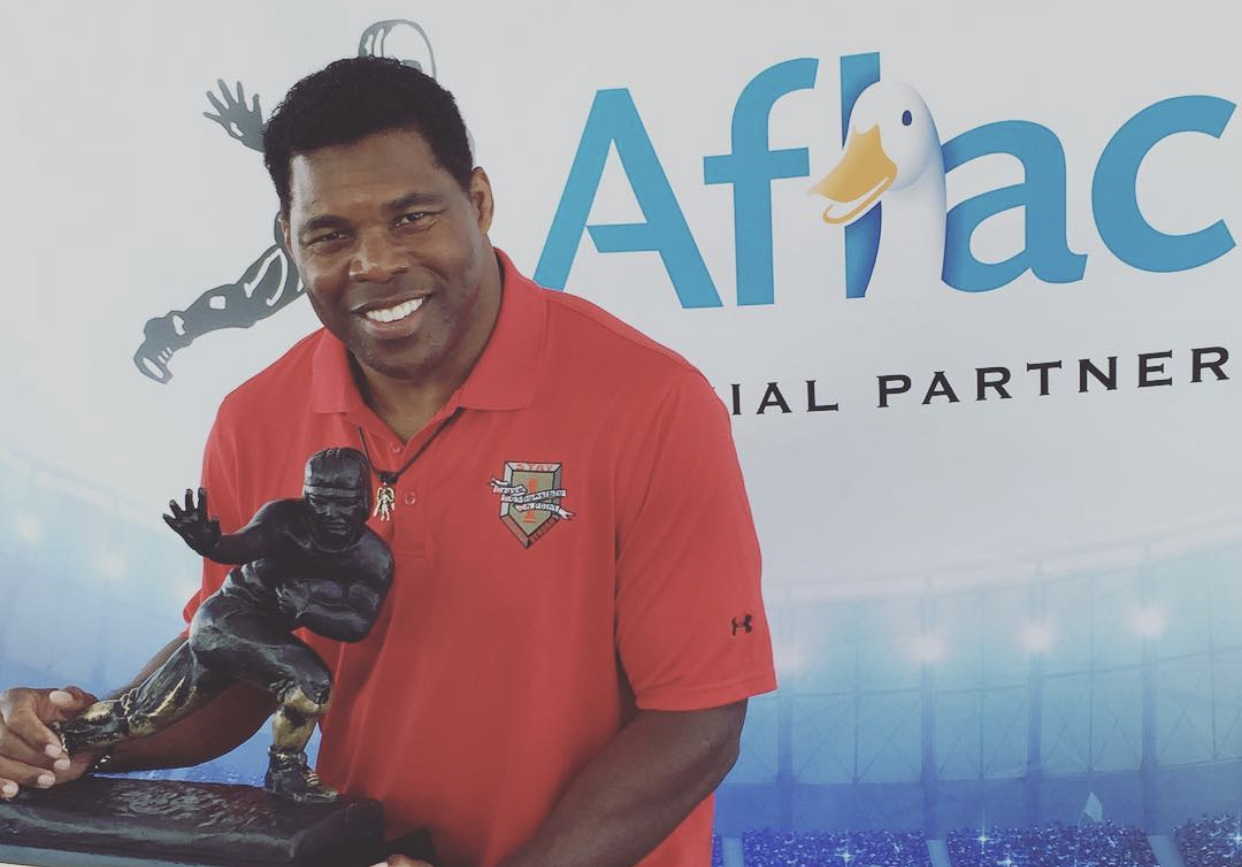 Georgia Republican Senate candidate Herschel Walker announced on Wednesday that he has a son he had not previously revealed to the public. Walker made the announcement after the Daily Beast reported that he had a 10-year-old son. He recently received the Republican Senate nomination and has long urged black dads to have a more prominent part in their children’s development.

Walker’s campaign manager, Scott Paradise told the Washington Examiner, “Herschel had a child years ago when he wasn’t married. He’s supported the child and continues to do so. He’s proud of his children. To suggest that Herschel is ‘hiding’ the child because he hasn’t used him in his political campaign is offensive and absurd.”

According to the Daily Beast, in 2014 a judge ordered Walker to pay child support to the child who assumed his surname. He started dating the boy’s mother in 2008, and the relationship lasted until September 2011. It is unknown why the relationship ended. The article claims the child was born nine months after their relationship ended. The child’s name has been withheld because he is a minor. Walker married Cindy DeAngelis Grossman in 1983 and had his first son, Christian with her but the couple split in 2002.

Walker’s second child was portrayed as a “secret son” by the Daily Beast, but Walker’s campaign denied this, saying Walker was proud of his child and was not “hiding” anything. According to the story, the former football star gives his second child birthday and Christmas gifts but has “not played an active parental role in raising” him.

News of the child comes as his Senate campaign switched gears from a primary to a general election battle against incumbent Sen. Raphael Warnock (D-GA). Paradise stated, “Raphael Warnock is currently engaged in both a nasty mudslinging campaign and a nasty custody dispute with his ex-wife. He’s dodged voters by sealing the case and even has tried to dodge authorities.”

Critics of the Senate candidate refer to statements he made in the past emphasizing the significance of the black father, which is a popular conservative position. He has raged against dads who forsake their children on several occasions. Last month, Walker stated, “I want all African Americans to know, even though you may leave the mom, don’t leave the child. Continue to be a dad. Continue to be a strong figure in that child’s life, because that happens, that happens. I said, ‘I’m going to continue to raise him, and be right there with him.’”

Walker was a running back for the University of Georgia and a former NFL star. He played for the Dallas Cowboys, Minnesota Vikings, Philadelphia Eagles, and New York Giants. The outcome of his Senate election could determine the balance of power in Washington, D.C., with a 50-50 Senate.

[…] June, it was reported that Walker has a 10-year-old son, whom he had not previously disclosed to the public. Walker’s […]