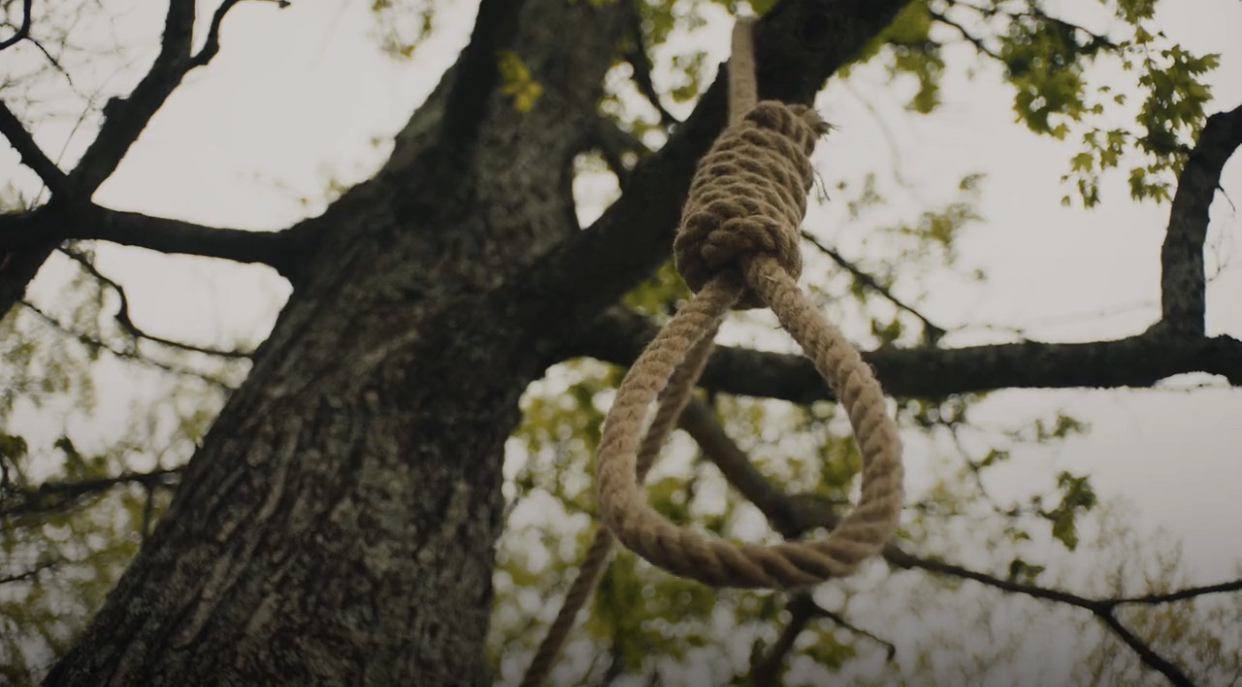 In a new campaign ad targeting Republican Sen. Rand Paul of Kentucky, Senate contender and former state lawmaker Charles Booker wears a noose around his neck to highlight Paul’s objection to earlier legislation making lynching a federal hate crime. However, the commercial makes no mention of Paul’s subsequent support for an amended anti-lynching measure, which is now law.

In the ad, Booker states,  “The pain of our past persists to this day. In Kentucky, like many states throughout the South, lynching was a tool of terror. It was used to kill hopes for freedom. It was used to kill my ancestors,” as he reveals himself with a noose around his neck. He continues, “Now, in a historic victory for our commonwealth, I have become the first Black Kentuckian to receive the Democratic nomination for the U.S. Senate.”

Booker accuses Paul, a former Republican presidential candidate who is currently running for a third six-year term in the Senate representing Kentucky, of being “the person who single-handedly blocked an anti-lynching act from being federal law.” In 2020, Paul voted against legislation that would have made lynching a federal hate crime, citing concerns that it would be applied too widely.

Paul would later co-sponsor the Emmett Till Anti-lynching Act, which was authored by Republican Senator Tim Scott of South Carolina, and Democrat Cory Booker, of New Jersey. The bill was enacted by the Senate earlier this year and is now law. The act is named after Emmett Till, a Black 14-year-old from Mississippi whose lynching death in 1955 boosted support for the civil rights movement in the United States.

Paul’s deputy campaign manager Jake Cox stated, “Dr. Paul worked diligently with senators Booker and Scott to strengthen the language of this legislation and is a cosponsor of the bill that now ensures that federal law will define lynching as the absolutely heinous crime that it is. Any attempt to state otherwise is a desperate misrepresentation of the facts.”

Booker was defeated by Amy McGrath for the Democratic Senate candidacy in Kentucky in 2020. His campaign gained traction after demonstrations in Kentucky and throughout the country over police brutality against minorities and “systemic racism.” McGrath was defeated by long-standing Senate GOP leader Sen. Mitch McConnell by over 20 points in the 2020 general election.

Booker, who is running for the Senate for the second time this year, earned roughly three-quarters of the vote in the Democratic primary on May 17 over three lesser-known opponents. In the Republican state of Kentucky, where no Democrat has been elected to the Senate in over three decades, Booker is considered the underdog in the general election.