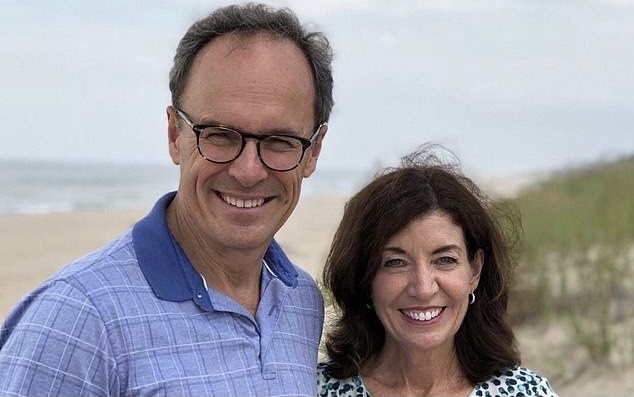 The Buffalo Bills are getting a new stadium, creating a potential conflict of interest for New York’s interim governor.

The $850 million taxpayer-funded plan to build a $1.4 billion stadium for the Buffalo Bills is a significant win for Governor Kathy Hochul’s husband’s firm, as well as for upstate supporters of star quarterback Josh Allen.

If Delaware North keeps the concession, the Buffalo-based company and its employees will benefit from another 30 years of work at the new stadium.

According to the firm’s website, “Delaware North has operated concessions, premium dining and retail services at Highmark Stadium since 1992. The 71,870-seat venue is home of the NFL’s Buffalo Bills.”

Albany insiders believe that Bill Hochul’s firm benefits from the stadium agreement while the governor is simultaneously being chastised for the $600 million taxpayers are forced to dish out for the Bills’ new stadium. Erie County will contribute another $250 million to the new stadium’s construction, with the Bills covering the remaining $1.4 billion.

Though the contract is not yet confirmed, John Kaehny, executive director of the government watchdog group Reinvent Albany, is confident that the company will retain its position in the new stadium.

Kaehny said, “One of the biggest winners of this bad stadium deal is Delaware North. Delaware North will make far more money from additional new food service and beverage business in the new stadium.”

He also questioned how Governor Hochul skirted conflict in approving the Bills stadium deal “when her husband’s firm, Delaware North, is one of the big winners.”

Long Island Representative Tom Suozzi agrees that something is amiss, “It’s the biggest giveaway in NFL history (for 8 home games per year) and Hochul’s husband just happens to represent Delaware North, which has the concessions contract in the current stadium. We can build a stadium, but let’s have the billionaire pay, not the fans and taxpayers!”

Glen White, a spokesman for Delaware North, denied any deliberate involvement by his company and the governor’s husband.

He claimed, “Bill Hochul was not involved in the Bills’ stadium negotiations — nor was Delaware North. We have been proud to serve as the concessions provider for Highmark Stadium since 1992.”