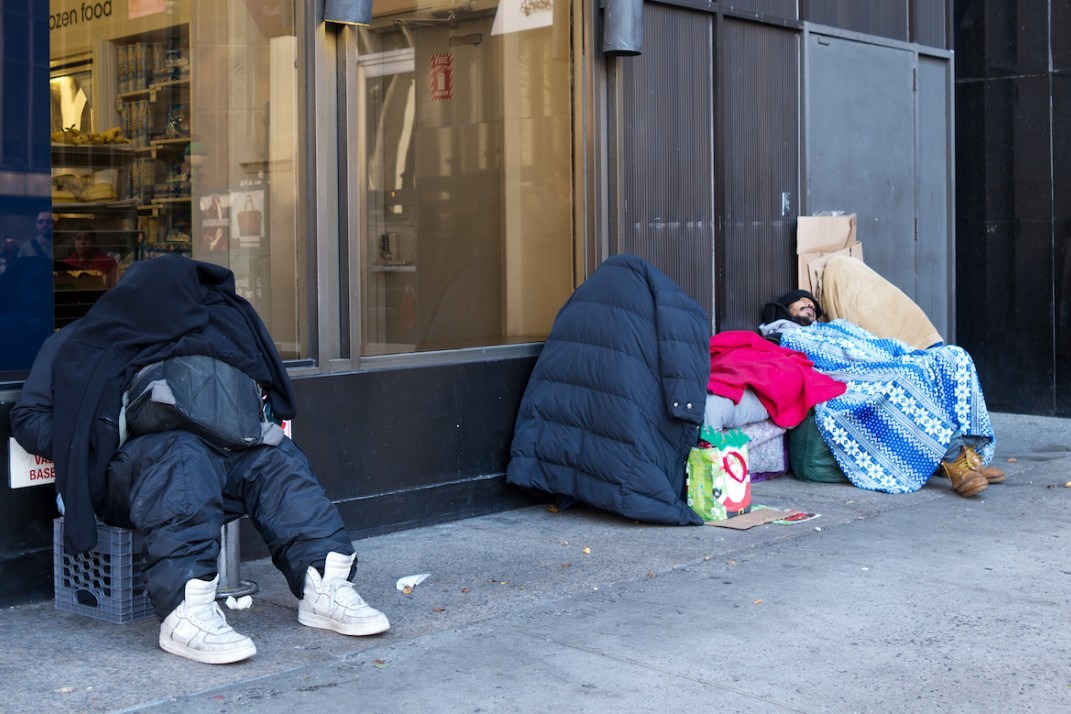 In a city with scarce affordable housing and soaring rents, some homeless people are finding inventive ways to keep warm. Abdur-Rashiyd “JK” Rivera, 54, has been living in a tent in Tompkins Square Park for the past three months, using an East Village light pole to siphon electricity for heat.

Rivera explained to the New York Post that he’s been approached by as many as four different city departments in a single day, including the Department of Homeless Services, which has a yearly budget of $2.1 billion. He also said, “The only thing the homeless services do, they come here, they ask if you’re alright and you say ‘Yes’ and they say, ‘Do you want to go to a shelter?’ I say ‘no’ and they leave.”

Rivera also told the story of one city worker who attempted to crack down on his power siphoning saying “I had a problem with the lady from the Department of Parks and Recreation. People could trip and everything and I understood that. She used to always at like 5:30, 6 in the morning unplug it and throw the cord over here. I said ‘Ma’am, I could be sleeping when you do that and I not realizing it could die because I’m asleep and freeze to death.'”

The employee backed off after Rivera covered up his electrical lifeline, which was secured to the sidewalk with a plastic cable cover and duct tape. Additionally, Rivera is regularly compelled to take down his tent to satisfy a variety of city authorities, but it is generally back up within a day or two.

The city has struggled with surging homelessness in recent years. According to the Coalition for the Homeless, In December 2021 there were 48,691 homeless people in New York City including 15,227 children. In March of 2021, former city Comptroller, Scott Stringer, revealed that New York spent $3.5 billion on homelessness in 2020 — a staggering $43,750 per person. Yet the homeless problem persists.

Rivera noted, “Whatever billions of dollars they’re spending that’s allotted for the homeless cause or whatever the case may be, I don’t see it.” Rivera, who has spent time in state prison, claims his present living circumstances are preferable to the city’s terrible homeless shelters. He stated, “I’ve been in Attica, Sing Sing, Elmira. The shelter system is worse than Attica. That right there should tell you something.”

According to the Coalition for the Homeless, there has been a 92% increase in single persons without residences during the past ten years and homelessness has reached its highest levels since the Great Depression.